I can’t stress this enough; Miter and Chop saws are completely different working tools that have different use cases. Not only that, but they have different types as well.

However, it’s often found that the term Miter saw is used to denote a Chop saw, and vice versa. This creates a ton of confusion in workflow and might even be the cause behind poor work quality.

In this article, I’ll discuss the differences between these tools, which in turn will help you answer the question, “Miter saw or chop saw?”

Miter saws are precision tools. These saws allow you to make precision cuts at different angles, sizes, and depths. These are really woodworker’s tools, and they’re one of the most popular types of tools for cutting wood.

There are mainly three types of Miter Saws. These are:

For making bevel cuts, the saw must be angled anywhere from 90 to 45 degrees. These are perfect for perfecting loft conversions, crown moldings, etc.

In terms of angling, there are two types of miter saws, single and double bevel. Single bevel miter saws will only tilt to the left. However, double-bevel miter saws can tilt both ways. With this feature, the worker won’t have to flip the working board for making cuts at opposite angles.

You can consider the sliding miter saw the same as the compound miter saw, but with the addition of an additional feature. Compound miter saws are often relied on by professionals in cases where they need to work remotely, as they are rather compact.

While a sliding miter saw isn’t compact, it allows one to make wide cuts precisely. However, the accompanying sliding mechanism makes it hard to carry around.

When to Use a Miter Saw?

For a more detailed insight, see our article on Is a Miter Saw Worth It? a Woodworker’s Guide

When Not Use a Miter Saw?

With a handy detent plate and a motor powerful enough to drive the saw at 3,800 RPM, the Dewalt DWS716 is the best dual-bevel compound miter saw you can get your hands on.

It has 14 stops so you can cut wood as accurately as possible and from different angles. The saw can cut from 0 to 48 degrees, and as it’s a compound saw, it can cut from both left and right.

To sum it up, it’s powerful, robust, capable of providing compound angle cuts, and can be carried easily.

Get the Dewalt DWS716 Dual-Bevel Compound Miter Saw available at:

As discussed previously, sliding miter saws are perfect for making wide cuts. In this aspect, the DWS780 from Dewalt is an absolute powerhouse. It comes with a 12-inch saw blade that can cut through even the sturdiest wood pieces.

Plus, the blade comes with 10 stops that’ll help you cut with precision. One of the coolest features of this is the dust collection system that’ll keep the worktable clean after each operation.

Get the Dewalt DWS780 Sliding Miter Saw available at:

When to Use a Chop Saw?

When Not to Use a Chop Saw?

In case you’re looking for a chop saw, I’d highly recommend checking out this 15 Amp saw from Porter-cable. It’s got a heavy-duty steel base that’s long-lasting and can withstand heavy bumps.

The built-in spark deflector will also benefit as it’ll provide a clear line of sight. With the built-in cutting fence, you’ll be able to make up to 45 degrees of cut.

Get the PORTER-CABLE Chop Saw (PCE700) available at:

Blade Type & Materials They Can Cut

As discussed previously, miter saws are designed to cut wood while chop saws are mostly used for cutting metal.

Chops saws are commonly used for cutting steel. However, they can also be used to cut brass and aluminum. In such cases, a different type of blade is used. In certain cases, chop saws are also used for cutting plastic.

So, in terms of materials, chop saws offer a higher variety.

Type of Cuts They Can Make

Chop saws aren’t that versatile when it comes to making different types of cuts. They can only cut at an angle of 90 degrees.

What Jobs Are They Suitable for?

Both saws are pretty accurate . Miter saws come with toothed blades, and they also offer multiple stops. This allows one to cut through a single block of wood with extreme precision. On the other hand, chop saws can only be used to make precise 90-degree cuts on metals.

While both the saws require expert hands for proper usage, it’s relatively easier to learn the miter saw’s use. This is why chop saws can be found only in metal workshops and factories, while woodworkers can be seen carrying miter saws around.

Chop saws require much higher power as they need to cut through metal, which is much stronger than wood.

Plus, for making clean cuts, the chop saws are equipped with abrasive cutting wheels. These require much more power than toothed blades of miter saws for operation.

In terms of speed, miter saws run at a higher RPM than chop saws.

As for their design and size, miter saws are relatively smaller. They are lighter as well. While not all miter saws are portable, some are specially designed to facilitate portability.

On the other hand, since chop saws require a lot of raw power for operation, its is difficult to manufacture them in a compact sizes. Thus, they usually come in the regular table-top version.

Both can be dangerous if not used properly.

What makes the miter saw dangerous is the ability to tilt the blades. There’s usually a lock that keeps the blade in place. If the user forgets to lock the blade, then it might lead to an accident.

As for chop saws they are require to be bolted down, or the vibration would cause them to slide down the side of the work surface.

That being said, certain accessories can be used to make both of them safer to use. For example, installing a saw blade cover can go a long way. These covers will prevent you from coming in contact with the top part of the blade accidentally. They can also keep your line of sight free of sparks.

Note that some saws come with blade covers built-in, while others require you to install them separately.

The prices for chop saws and miter saws fall in the same ballpark. While beginner’s saws can be found at a price lower than $200, the professional ones will cost you more than $800.

As prices don’t vary much in cases of these saws, it’s truly important to consider the features they’re offering and how they can benefit your work.

Which One Should You Choose – Miter Saw or Chop Saw?

Moreover, these blades can be tilted anywhere between 0 to 60 degrees to both left and right. This allows woodworkers to do all sorts of complex molding on wooden pieces. If you don’t want that but want to make wide cuts instead, you can always go for sliding miter saws.

So, it’s evident that miter saws are designed and developed for woodworkers. So, I truly believe that woodworkers can benefit more from miter saws over chop saws.

Can a miter saw cut metal?

Moreover, you could install an abrasive metal cutting blade, but it’s not a good idea. This is because miter saws not very powerful. They won’t be able to provide enough power for the blade to actually cut the metal cleanly.

Can I use a chop saw in place of a miter saw?

Chop saws are equipped with smooth blades, and they run at a low RPM. Smooth blades aren’t good enough for cutting through wood fibers. The task only gets harder as these run on low RPM. So, using a chop saw in place of a miter saw would be a very bad idea as it’ll ruin the wood completely.

Is a miter saw essential for a woodworker?

If you’re a woodworker whose work includes making cabinets, kitchen fittings, or work crown moldings, then you should definitely get a miter saw. This will be essential for you as it’s the most versatile woodworking tool out there.

So, which one are you getting, miter saw or chop saw?

As you can see, despite their similar outlook, miter and chop saws are completely different in terms of functionalities. This is why it’s important to consider what you need first.

If you’re a woodworker, you should definitely get a miter saw. If you want to learn more about the different types of power saws available for woodworking check out this article.

Enjoy our articles? You can follow us on Pinterest for more woodworking power tools tips and tricks. 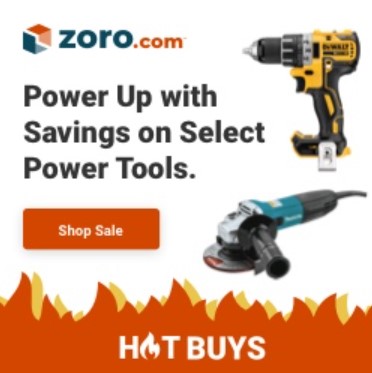